Two of my stories have come out in podcast form in the last couple weeks, and I’m extremely excited about both of them. Having your work read aloud by someone else is such a weird and delightful experience. 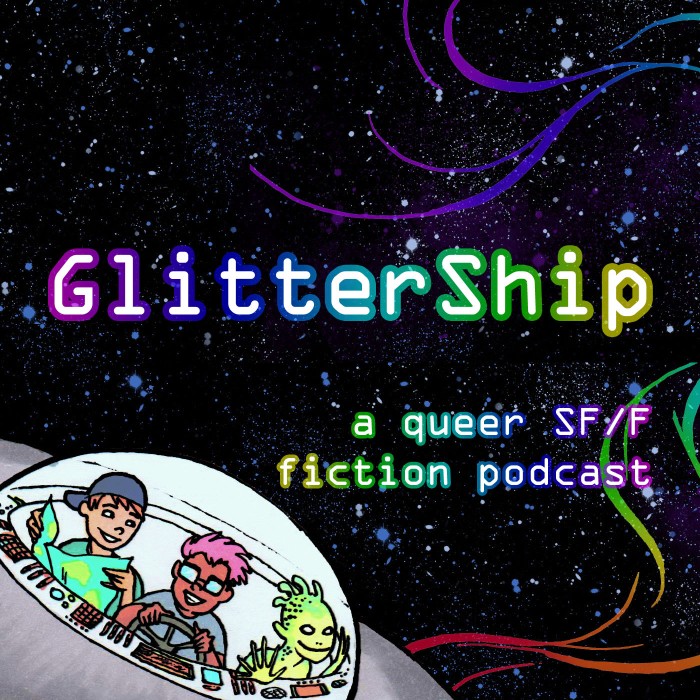 The first is a reprint of my first short story, “Smooth Stones and Empty Bones,” about a girl who decides it’s time to show her girlfriend how to raise the dead. It was released on Glittership on Feb 24th. You can also read the text of the story at that link.

There’s a skeleton in the chicken coop. It’s some bare collection of abandoned bones, maybe a former fox, and it’s slishing through the pine needles and bumping liplessly against the gate. The chickens, for their part, don’t look concerned.

The second is a new story, “All Profound and Logical Minds,” about a woman who exorcises space stations, which was released today on Escape Pod for Artemis Rising month. The full text is also there at the link.

The space station was silent in the way that a black hole is black; it was more than just an absence of noise. There was something physical to the silence, a force pulling in all sound and eating it. Hannah anchored her boots to the floor of the atrium, feeling the reassuring click as the magnets engaged. Emergency lights washed the atrium floor with a watery red light.

Go forth and listen!